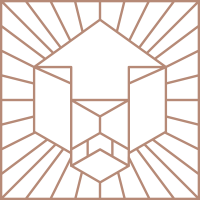 Sanctuary of the Chain Bridge

Adam Clark Square is both the heart of Hungary and the entrance to the Buda Castle. The square, part of the World Heritage, was named after Adam Clark of Scotland, who oversaw the construction of the landmarks connecting the square, the Chain Bridge and the Castle Tunnel. According to a legend, the Castle Tunnel was built as a refuge for the Chain Bridge, where they could be drawn in during the rain.

The Lions Without Tongues

The four stone lions created by sculptor János Marschalkó carry their own legend with them. During their unveiling in 1852, the ceremony was interrupted by a cobbler who cried out: “The lions have no tongues!” Legend has it that the sculptor then jumped off the bridge the same night, ashamed. In reality, he went to live a long time after the accident, and in fact the lions do have their tongues, they are just not visible from the pavement. This is how the sculptor responded to accusations in a newspaper article: “I wish that your wife had a tongue as large as the lion!”

Adam Clark Square was the city’s first completely Neo-Renaissance space, decorated by two buildings designed by Miklós Ybl, the famous Hungarian architect. The Chain Bridge Palace, built in 1869, still stands today. The less fortunate center of the Buda Savings Bank, completed in 1862, was demolished during the construction of the roundabout after the Second World War, leaving only four stone columns. Prior to the demolition of the building, the Chain Bridge Café, a popular

Before it was demolished, the editorial office of the West – the defining journal of 20th century Hungarian literature-, gathered in the legendary Lánchid Café at the bottom of the building. The Lánchid Café continued to operate in a tiny, surviving part of the building until the 1990s.

It took almost 70 years for Hotel Clark to fill the fan-shaped gap left by the demolished Buda Savings Bank. The 150-year-old pillars rescued from the Buda Savings Bank were placed in a new location, inside the courtyard of the new building. The hotel’s main entrance also features iconic lion statues of the Chain Bridge, framed by a sunny, glorious lion mane. The design of Hotel Clark follows the curved shape of the land where it stands, offering a unique view of the picturesque Royal Palace, the Chain Bridge and the Danube – while its grandiose public spaces evoke the world of historic large hotels, creating a balance between classic values ​​and modern design.

Following in Adam Clark’s footsteps, Anthony Gall, the Australian architect of Hotel Clark, also fell in love with Hungary and married a Hungarian woman. Gall settled down and started a family in Budapest, and left his mark on the unparalleled beauty of Buda panorama with his work. The hotel is a rightful addition to its world heritage surroundings; adjacent to the “Zero” kilometer stone, it is the proud herald of a legend taken for granted since the era of István Széchenyi: “Every road leads to Adam Clark Square”.

Thank you for your interest in Hotel Clark.
Kindly note that due to precautionary measures in relation to your safety, we are unable to welcome you at this time.
We hope to see you shortly and wish you well in the meantime.